Being Bold Vs. Being A Disappointment

Easter weekend at our church is always a big weekend for baptism. Over the course of three days there were 1,175 people that committed their lives to Jesus Christ. Not only is that number impressive but it’s also consistent. Our church has been offering baptisms on Easter weekend for many years. Sure, these baptisms are to be celebrated, but it also begs the question, how many people didn’t commit?

I ask this question because a large number of us go to church. We’re all committing to leveling up as the people that we want to be, who God made us to be, but we’re not all ready to jump in the deep end. Why is that?  We all have our own reasons for the things that we choose to do or not do. My father is one person that came to mind as I sat in church last weekend. He was baptized as an infant and has stayed away from the church since. There is a lot of anger on his heart separating him from his Creator. I continue to speak the truth into his life when opportunity presents itself because I know it matters. It matters that he understands how loved he is. It matters that he knows that he is forgiven. It matters that he steps out of anger and into a life driven by love and acceptance. I speak Gods truth and I wait. I am thankful for my father’s acceptance of my choice to love Jesus, especially when I’m not accepting of his choice to not. I don’t mean that my family or I would shun him; I mean that I refuse to give up on bringing him the good news. I refuse to be separated in eternity without fighting for him. But how many people last weekend decided that the fight was too much? How many people hit the pause button on their faith when the opportunity for baptism presented itself?

My husband, Bryan was baptized as an adult at 26 years old. He had his mother, sister and a few other family members present, only a couple of which are believers, and still they were there to congratulate him and celebrate his commitment to Christ. Who wasn’t there was his father. When Bryan told his father that he had been baptized his father told him that he was disappointed in him. Can you imagine? You’ve made a huge choice to commit your life to Christ, to your Heavenly father only to be told by your earthly father that he’s disappointed. What a confusing time. My guess is that Bryan knew that his father’s response would be something along those lines before he even told him. How courageous he was for doing it anyway. What a great way to display his commitment to God. Bryan stood for Jesus instead of bowing to his father’s unbelief.

I couldn’t help but wonder though, how many people left church that weekend and didn’t commit because of the opinion, judgement or shaming of others. How many people stepped away from Jesus to please someone who doesn’t know him? How many people decided not to level up in their lives? What if Bryan had decided that his dad’s opinion of him was more important than his walk with Jesus?

I know Bryan, but I don’t know everyone that is faced with an issue similar to his. I’m not going to pretend to know the struggle that comes with letting your family down. But, I will say this, when you commit your life to Jesus you’re gaining a father like no other. He will never leave your side, EVEN IF YOU MAKE A CHOICE THAT HE DOESN’T AGREE WITH. If your fear of disappointment involves anyone that won’t love you like that, then you have a huge decision to make. Stand for Jesus who hung on a cross for you or continue to be a people pleaser. What will you chose?

This I know, if you have a family member that would turn their back on you because of your belief in Christ, there are far deeper issues involved than you being baptized. Don’t give up eternal life to show loyalty to someone who won’t love you the way Jesus does.

God wants us to be bold and proclaim Him, not cower when our faith is challenged. The same way that we teach our children to be who they are through and through, we too can love Jesus without succumbing to those that don’t know, understand or choose to reject Him. 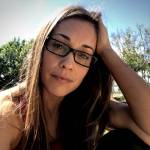 Beauty Beyond The MaskThe Full Embrace