Not Everyone’s Cup Of Tea

Do you ever have one of those days or weeks or years where there seems to be a running theme?

I’m doing my son’s hair before school one morning this week (because his cut has to look fresh, duh) and he asks me if we’ll buy him some new checkered vans. Well that would be fair request for someone that didn’t just get a new pair of checkered vans for Christmas from Grandma but he did. Of course I tell him no because he is currently wearing a pair that he received about three months ago, but I know this kid. There is a reason that suddenly these shoes are no longer “good enough.” He goes on to tell me that someone said something about the dinosaur image on the top of the shoes and how their comment made him feel badly.  And there you have it, the beginning of the theme. This kid just wants to go to school, learn a few things, play hard at recess and ride the bus home with his buddies. Here’s the thing, he likes his shoes, he had no problem with his shoes until some rando (that’s cool speak for random) told him that what he likes is wrong. That’s where the mama bear in me felt compelled to speak up. I looked that little boy in the eye and asked him if he liked the shoes. He said yes, so I went on to lay down some cold hard truth, this world and the people in it can be rude and they will always have something bad to say about you and the things that you like. You will NEVER make them happy, so be you, like what you like and who cares what they think. In true boy fashion, I got an “ok” and he was off to school. I went on with my day hoping that some remnant of what I said got through.

Later that night while lying in bed I received a text message from a friend about her daughter who was struggling to accept that the choices she made during high school have put her on a different path than those of her peers who will be attending college at big universities. She told me about how her daughter was feeling less than because she wasn’t like them. I told my friend that I would reach out to her daughter and offer an ear, guidance and any prayer that she needed.

The next morning I sent her daughter a text asking if she was excited that school would be over soon to which she replied, “yes but I’m not happy about having to be an adult.” Of course, I completely understood why she wouldn’t be excited about adulthood (bills, a job & real jail time are for the birds! Ha) but I knew that my understanding of it was different from hers, so I asked why. She began to tell me that the realization of her mistakes over the last four years were hitting hard and the people that she has around her bring her down rather than lift her up. She went on to talk about her sister who got into every college that she applied to and how she wishes she was more “like her.” Enter stage two of the theme.

This girl is funny, smart, athletic, talented and beautiful and she doesn’t see any of it. As she talked about what was on her heart I couldn’t help but see myself in her situation. I too made choices in high school that kept things light and fun. I too said, “oh yeah, college” senior year as the entire school began to celebrate their futures. I remember feeling less than and like people were better than me. Do you ever find yourself saying if I could go back? She was my go back. I began to tell her that what she is calling mistakes I would call choices. These choices are ones that led her down a path that does not include going to a university right away. She has a different path and there is a lot of freedom to be found on it. I told her that anyone who tells her that she is less than because they got into college is dead wrong and that she can be thankful that she gets to be who she is and that they have to go college as the people they are (the type of people who put others down to lift themselves up.)

I know this girls sister. She is a brilliant young woman as smart as she is beautiful. She has worked hard to reach her goals, but she is not perfect. This is something that I want to put a ton of emphasis on. Has she worked hard? Yes. Has she reached her goals? Yes. Is she perfect? No. Is she better? No. I think it’s easy for us all to slip into this train of thought. We didn’t get that promotion, so the person who did must be better. I only have ten likes on my prom picture and she has 150, she must be prettier and people must like her more. It’s probably because she is perfect and has the perfect life. Listen, I’m going to tell you and myself just like I told her, NO ONE IS PERFECT. Everyone is fighting a battle that we know nothing about. Some people just hide it better than others.

Over the next couple of days that followed I would check in on her, sending her little tidbits of motivation, attempts at lifting her up for what she is (instead of tearing her down for what she’s not.) Of course, in typical teenage fashion what I received back was the kissy face emoji. My interpretation of that is this, thank you for thinking of me but those pretty words wrapped with a bow aren’t going to derail the steady train of damaging thoughts that enter my head daily. I can’t say that I disagree with that.

On stage three of the running theme you’ll find yours truly.

I have been feeling less than, unappreciated, unimportant and have been placing my value in places and things where it doesn’t belong. I have had a hard few weeks of “getting through the days” and wondering what I can do to create change. I realize that I cannot change other people and truly the problem lies in me; so then what is it about myself that I need to change? If I’m being completely honest, I should start with my thoughts, the ones that beat me down until I can’t get up, the ones that make hope feel like a faraway land,  the ones that tell me that everything that God says about me aren’t true; but how? I have tried diving into scripture and applying bible plans to fit my struggles. I have tried to feed my poisoned mind positive thoughts. I have tried pushing all of the negative feelings as far down as they’ll go, to no avail. Just when I think I’ve been through the roughest part it sneaks back in and gnaws away at any part of me that is healing.

What I can tell you is that this world is cruel, wicked and looks to destroy you. Our faith has to be bigger than Satan’s mission. My belief in what God says about me has to be the loudest voice in my head. His words have to resonate in any and every situation. We have to be brave enough to stand against everything that this world and the people in it tell us that we’re not. When people say we don’t fit the mold…good. When people say, “you’d be better if,” we have to know what’s true and what isn’t. When this world says, “if only you were this or that or had this or that or lived like this or like that,” we get to stand firm in the confidence, love and acceptance that God has for us. Enough is enough. Fighting to be who we are and still be loved by this world is exhausting and ridiculous. I am enough as a woman that breaks down. I am enough in this constantly changing body. I am enough being the thick, horse faced, non-solicited advice giving weirdo that this world has deemed me. I’m not everybody’s cup of tea but I’m His and today, I’ll remember that. Tomorrow might still be a struggle but TODAY, I’ll let tomorrow be tomorrow. 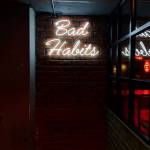 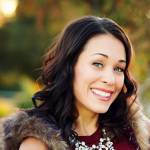