Warning: "continue" targeting switch is equivalent to "break". Did you mean to use "continue 2"? in /home/thesidehug/public_html/wp-content/plugins/revslider/includes/operations.class.php on line 2854

Warning: "continue" targeting switch is equivalent to "break". Did you mean to use "continue 2"? in /home/thesidehug/public_html/wp-content/plugins/revslider/includes/operations.class.php on line 2858

Warning: "continue" targeting switch is equivalent to "break". Did you mean to use "continue 2"? in /home/thesidehug/public_html/wp-content/plugins/revslider/includes/output.class.php on line 3708

Warning: "continue" targeting switch is equivalent to "break". Did you mean to use "continue 2"? in /home/thesidehug/public_html/wp-content/themes/jupiter/framework/includes/minify/src/Minifier.php on line 227
 Where Good Habits Go To Die - The Side Hug - Worthy of a full embrace

Where Good Habits Go To Die

Looking around the gym this morning I saw a few people with trainers that I remembered starting their fitness journey last year and I couldn’t help but think, “good for them.” Good for them for continuing to come and sticking with their goals.  One woman was flipping a tire and it looked so much easier than the first time she did it. Fitness is one of those things that most of us only hope to make a habit.

The New Year has me thinking a lot about habits. It’s as if January is the official reset button that gives us a fresh new start to get it right this time or try new things that we didn’t get to in years past. Creating habits can be a good thing. Habits can lead us to a happier, healthier more giving version of ourselves and what’s wrong with that?  I used to think nothing but I now know that even a good habit can quickly turn bad if we let it.

I’ve tried for many years to have good money habits. My husband and I save and plan and often do without things that are a must for others. Some of this stems from not wanting to live paycheck to paycheck and some of it is a fear of having the rug pulled out from under us as it was many years ago. The attention that I’ve given to my money habit has caused me a lot of worry, stress and all around anxiety and guess what I still “feel” as though I’m living paycheck to paycheck. So how good of a habit is it? My friend once told me that I have a closed fist when it comes to money. I clench my fist so tightly around money that God isn’t going to attempt to pry it from my hand. Instead He’ll wait for me to decide to be palm down.

You see, instead of keeping my habits as good practice I’ve crossed a line that has lead me directly into a control problem. Control problems are where all good habits come to die. I have such a need to control the coming and going of money that it is diminishing the trust that I have in God to take care of it all. I am called be a good steward of God’s money not to be God himself.

Years ago I had a friend that worked as a cocktail waitress at a gentleman’s club. She said she could get me a job there and that the money was really good. In my 22 year old mind that sounded like a promising opportunity. Why wouldn’t I take money from these generous patrons without having to take my clothes off? Duh, that is what great deals are made of, right? I ran the idea past my aunt (one of my sounding boards) who told me that it was a horrible idea. She told me that a Nudie club was no place for me to be hanging out. I told her it wasn’t a big deal considering I wasn’t going to be on stage and had no plans to be. She then explained to me that it wasn’t about where I’m starting but rather where I could end up. Her point was this, the more you do things, the more they become your normal. The more I’m around young woman that think it’s acceptable to exploit their bodies  for money the more likely the boundary I initially laid down would become blurred.  The more that I attempt to be in control of money the more I have let it control me.

So where am I going wrong? Balance. I lack balance. I’m an all or nothing kind of girl, not in every way but in big ways. When I put my all into something I aim for perfection, knowing good and well that I will never reach a goal like that. My good intentions turn to control issues in pursuit of perfection which ultimately create bad habits. Habits that leave me feeling exhausted, anxiety ridden and like a failure because remember perfection wasn’t reached.

God doesn’t expect us to be perfect; He knows that we’re not. He understands our humanness better than anyone else; He is our creator after all. Balance allows us to pursue our goals while still allowing God room to work in our lives. He will do far more in our lives with our trust in him than we could ever do on our own.  So how do I gain balance? My guess would be the same way you change anything else about yourself, awareness. I need to be aware of the lines that I don’t want to cross far before my toes ever meet the edge. I need to recognize my triggers for certain behaviors and create healthier ways to deal with them. I need to remind myself constantly that I am not bigger than it all but God is. I get to pray to Him, trust in Him and lay my burdens at His feet. I will not get 100% on this test called life; I cannot be perfect. God will do all of that for me. He will hear my cries, pick up my burdens and do whatever work in my life that is His will. I get to give up the anxiety, stress and worry that I cause myself and live freely in His promise to love me and take care of me like the amazing Father that He is. 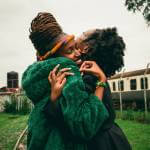 To Side Hug Or Fully EmbraceThe Full Embrace 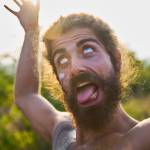