Who Do You Think You Are?

My son just wrapped up his first grade year. It was a different experience than pre-k and kindergarten in that there was much more to be learned than academics. Sure he added to his vocabulary arsenal and learned the magic of subtraction but more than that he had many experiences and lessons learned in identity, who he is and who determines it.

My son Cohen is not one to come home and immediately share about his day. When I try to engage him right when he walks through the door, I am met with one word answers like, “good” or “fine”.  He generally comes home ravenous throwing his backpack down in the middle of the floor and walking directly to the pantry looking for a snack. He needs some time to decompress. Of course, the time that he finds to talk to his father and me about his day is at bedtime. One of us will lay in bed with him and listen as all of the day’s events come spewing out, one story running into the next. It’s not the most ideal time for conversation but he talks to us about the ups and downs that he faces daily and for that we’re all ears.  Much of what he talks about is centered on recess; the games they played the squabbles, the fun and the hurt feelings. I’ve never been one that feels the need to rescue my son from every situation that he encounters but, some of the things he would tell me put me on the defense. Who wants their son being called a loser, ugly, stupid or told that nobody likes him? My heart breaks for what he must have felt in those moments. Not only are these opportunities to set the record straight, they are opportunities to teach him what his identity is and who it’s found in.

A dear friend of mine introduced me to my identity about two years ago.  I believe that most people would say that they are pretty clear on who they are. Their identity is found in their job their hobbies their children or spouse, their reputation in their niche, et cetera. This is what I thought my identity was as well. I am a mother and wife. You should have seen his face when I sat across from him unable to tell him anymore about my identity than that. He went on to explain that my identity is not primarily found in the things that I do or have done. Although they are important facts about me, they are not all encompassing.  It is not found in what I think of myself or what other people think of me. My identity is found who God says I am.

So, who does God say I am? God says that I am everything that Jesus is. Jesus is His son with whom he is pleased, he is good and right and free of sin. Jesus is perfect. God says that he looks at his son Jesus and sees me. My perfection is not found in the good deeds I’ve done my works of service or how hard I try to be like him. I get to be perfect because of what Jesus did for me, because of the work that he put in. I get to be perfect because of his sacrifice on my behalf. He gave his life so that when I look in the mirror I wouldn’t see every mistake or shortcoming. Instead I get to see him staring back at me. He is in me and because of his work I get to live in freedom.

If I could draw you a picture of the scene from the moment that he told me this, it would look something like me with my mouth hanging open and the top of my head peeled back from my mind being blown. I had never heard this before. Can you imagine? I was a 34 year old woman who didn’t know that God looked at her and saw nothing more than perfection and goodness and was pleased. I had never felt that way. I had always felt that I was the role I played and the labels that myself and others had placed on me both good and bad. What if I had grown up knowing this? How much easier would it have been when I was called a horse face or thunder thighs or told that I wasn’t good enough for someone or something? What about the labels that I gave myself when my mother died and left me fend this world without her? I’m unworthy, undeserving, unloved. To know then, that it was all untrue could have made all of the difference. How would life look today? I truly believe that colors would be brighter, smells sweeter and my heart would explode with all of the love that I could finally FEEL. But I know now you say. I do, and I am slowly trying, day by day moment by moment to remind myself when those falsities creep in that I am the daughter of God with whom he is pleased. It will take time to unlearn what I grew up believing to be true, believing lies of who I am, but it will be done; because I am worthy, deserving and loved by my heavenly father for better or worse.

I go to my friend often for advice and guidance when navigating the word and life. When I told him about the troubles my son was having with kids at school and the names he was being called he told me to ask Cohen what he asks his kids. Is it true? Because if it’s not what God says about him then it’s not true and if it’s not true then who cares.  Who cares? Well, I would care and I’m sure Cohen cares but that isn’t the point is it? Those kids are not the ones who get to decide if my son is good or bad, worthy or not, cool or a dork, handsome or ugly. The deciding of Cohen’s identity is for God to do and God only. And God says he is perfect. He is not perfect because he lives a life without sin. He is perfect because Jesus Christ, his savior, my savior, your savior took Cohen’s sin, my sin your sin and made it his own so that we could have righteousness. Think about that sacrifice. Would you give your child up to a mob of angry people that you knew would torture him, spit on him, mock him and eventually kill him so that the lives of sinners would be spared? This single act, is so incredibly telling of who God is and how deep his love runs for us. It is truly beyond understanding.

I can picture it, now you’re the one sitting there with your mouth hanging open and your mind blown. Take comfort in knowing that you’re in good company.

So now when I lay down with my son at night and he tells me about people in THIS world who have said unkind things to him or about him, I ask him if it’s true. Are you a loser or ugly? Does everyone hate you? And he can answer with certainty, no. He, in his 7 year old likeness is beginning to understand that his identity is found in who God says he is. A God who is NOT of this world trumps anything that this world has to offer.

Perhaps you have young children or teenagers or even you yourself struggle with the identity given to you by this world. I write to you today, completely humbled by own struggles, to tell you that you are so much more. You are good and pure. You are a child of God and with you He is pleased.

Tell me, have you always known of your true identity? What does this mean to you? 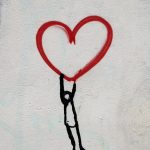 Why We All Need a LatterThe Full Embrace 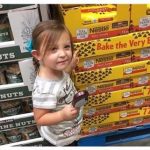