From Sinner to Winner

A man ravenous for his next high is clawing for anything that will bring him closer to the heroin that he uses to feed is itch, his addiction. He gets the bright idea to break into a house and steal items that he can sell or trade in order to get what he needs. In the house is a family of four, peacefully sleeping; or so they thought. The man is paranoid and murders all four people and flees with the T.V. from the living room. He hits a pawn shop where he unloads the television for a whopping $25, making each murdered victim worth $6.25.

Another man steals thousands of dollars from people leaving them and their families financially ruined and some homeless. The man is caught, goes to jail, serves his time and is released from prison. Somewhere along the journey, he finds Jesus and attends church every Sunday praising God for his forgiveness and grace.

How does a sinner suddenly become a winner? This is the question that my brother-in-law asked when he put these two situations before me. I believe that this is a question that many people have. Why does a person on heroin who decides to murder an entire family deserve forgiveness? How can someone who stole the livelihood of many be given God’s forgiveness so freely?

I cannot deny that from a moralistic standpoint I see his point and can agree with his opinion. When something horrible is done to innocents, I think it’s safe to say that we all want judgment brought down immediately. We want the accused to pay accordingly for the pain, hardship and loss that they’ve caused. We are all living a life in THIS world, at THIS moment, with very real injustices happening all around us. How can we sit back and watch a person get to live their life when they’ve taken the life of someone else? I get it. But my eyes are open to a world that my brother-in-law doesn’t see. My eyes are focused on God. I know that God tells us that vengeance is His. I know that my sin is no better or worse than yours. I know that my heart is what I will be judged by.  My eyes are focused on God and the promise of eternity. So do we all DESERVE forgiveness? No.  But to all it is given. Why? Well, because God says so. We’ve all run up a huge bill of sin and Jesus picked up the tab.

For non-believers that is a difficult concept to accept. It is not to say that as believers we don’t have to check ourselves when confronted with situations like those previously discussed. It simply means that we believe in the power of God’s forgiveness because without belief in forgiveness Jesus would have died for nothing.

God has given those who govern our society the authority to handle those that resist goodness and insist on evil conduct. This might mean death by one means or another or life in prison. It might mean that once a criminal is met with the reality of his choices, he may find Jesus, repent and live the life that he was meant to live instead of continuing down a path that leads to Hell. Whatever way justice is served it is by the hand of God and through the authority to those it was given. Many don’t like or appreciate that answer. Many people want to be the judge and jury when it comes to the sins of others. It is far easier to point in the direction of another person’s sin than to closely examine our own. Although your sin may be less sever on a moral scale it is all the same to the only one who matters on an eternal one. Eternal judgment is not the responsibility of mankind. That responsibility does not land on my shoulders or yours. It landed on the shoulders of a man named Jesus that took up your sin as well as mine in the form of a cross; a cross that he carried to the site of his death where he defeated the world so that we may all be forgiven. Thank God for that. God knew that we ALL needed forgiveness and not just a select few that were deemed unworthy by the standards of their peers. As above murderers as you think you are, there is always someone else that has less sin than you. Should they determine your eternity just as you’re determining theirs?

We are all awful people in our own right. That doesn’t mean that some of us aren’t more conscious of the goodness we’re chasing in our hearts, it just means that no matter the degree or severity of your sin, mine is no better, yours is no worse. We are all God’s children to whom grace He has given. The idea that one person is better than another because their sins are on a lesser scale or hidden from the public eye is crazy. Isn’t the point of punishment by the justice system for a lesson to be learned? Why then are we not satisfied to see a person come away better for it?

Thankfully determining a person’s demise is not for those of us to decide that have not been given the authority to do so. What an awful burden to bear. I have been a sinner for as long as I can remember, on some days I do better at controlling my sin than others but most days I’m a glutton.  I am forever grateful for my savior and his sacrifice that turned us ALL from sinners to winners of an eternal life in Heaven with our Heavenly Father.

Who among us is without sin?

Jesus is the only human to have ever walked this earth that can say he was sinless. He was tempted in ways that none of us could withstand and yet he did. He was literally perfect and still his peers placed blame on his head and judgment on his back and ridiculed him all the way to the place of his death. Jesus had every right by our human standards to tell his Father to strike them down for the way they treated him. He had every right to place the blame on them and expose the blood on their hands but instead he said this, “Father, forgive them, for they do not know what they are doing” (Luke 23:34).  Jesus Christ who was beaten, spat on and crucified forgave those that persecuted him without blinking an eye. Showing forgiveness isn’t a sign of weakness it’s a declaration of strength in your faith. Your forgiveness isn’t turning a blind eye to a wrong committed, it’s acknowledgement of the faith you have in God, that He is who He says He is: the judge, the jury, the final say. 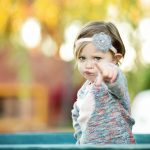 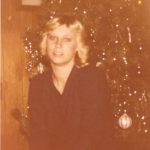